The semi-secret X-37B space plane has been detected in its classified orbit by a network of satellite trackers in South Africa, confirming that the fourth X-37B mission is using a different mission profile than the three previous missions of the X-37B.

The X-37B OTV-4 mission launched atop an Atlas V 501 rocket blasting off from Cape Canaveral at 15:05 UTC on May 20. As per the usual procedure, only the first four and a half minutes of the mission were shown in the live broadcast covering the burn of the first stage, the separation of the protective payload fairing and the ignition of the Centaur upper stage. Centaur headed into the pre-arranged News Blackout to conceal the initial orbit of the space plane given the semi-secret nature of the mission during which no updates will be provided regarding the status of the spacecraft. 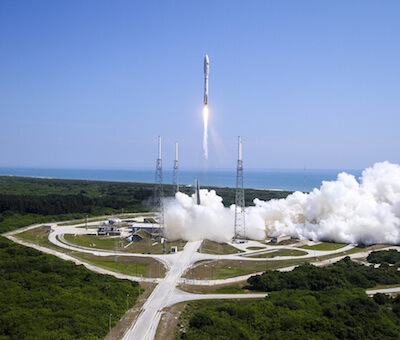 News and information related to the ISS space station Alpha and other satelites.